Every football fans are waiting for World Cup 2022 Schedule to make a plan . World Cup 2022 is an absolute dream for football lover basically for Arab world. This will be the first World Cup ever to be held in the Arab world and the first in a Muslim-majority country. 2022 كأس العالم لكرة القدم‎ is the 2nd tournament in Asia. The Qatar World Cup Schedule come out just waiting for fixture who play with others. Here we share FIFA World Cup Qatar “Team 1 vs Team 2” , Date, Start Time, Venue , match venue distance and Live Stream Broadcast Channel. How to Watch Full World Cup 2022 without cable. 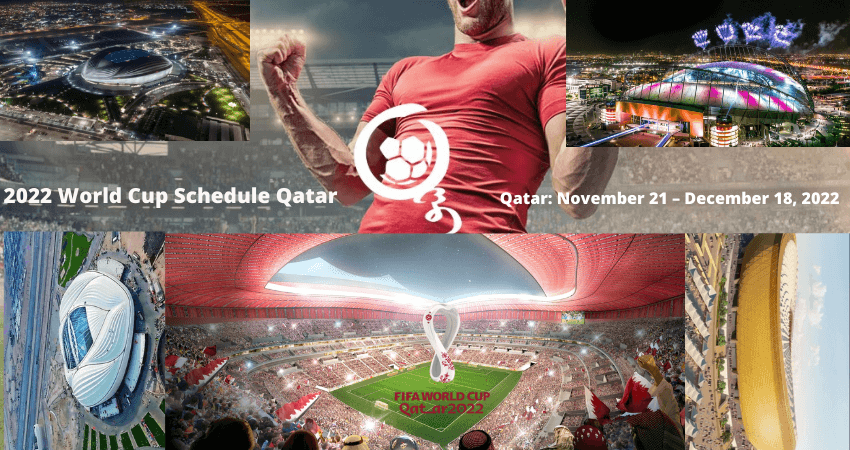 The 2022 World Cup draw will take place to decide the eight groups. Every group have four teams who play each other in the group stage. Top two teams from each group will be playing knockout stage. Which team will win the knockout stage they will be continue the next knockout stage. This continuity culminating with the World Cup Final at Lusail Stadium on December 18th.

The 2022 World Cup is scheduled to take place November 21 to December 18 and is unique for a few reasons:

Every stadium make different looking for Qatar World Cup 2022. This is last world cup for 32 teams in World Cup history, next world cup include more teams. This world cup will be played 8 Stadium. List of 8 Stadium here with City and capacity.

Lusail Iconic Stadium or Lusail National Stadium (ملعب لوسيل الدولي) New concept for the stadium’s design. The stadium was designed by British firm Foster + Partners, who received support from MANICA Architecture specializing in sport design. The stadium has a capacity of 80,000 seats. This stadium is opening in may 2021. 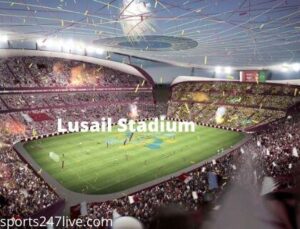 In this stadium Matches Details:

Al Bayt Stadium (استاد البيت‎) is a football stadium in Al Khor, Qatar. Here the opening ceremony of the 2022 World Cup will take place. The stadium will host around 60,000 World Cup fans, stadium’s adjacent park’s official opening was announced to be held on Qatar’s sports day itself, 11 February 2020. 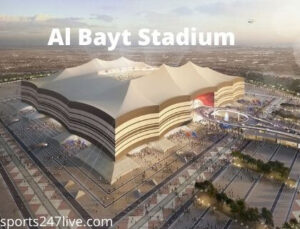 Al-Janoub Stadium, formerly known as Al-Wakrah Stadium (ملعب الجنوب‎), is a football stadium in Al-Wakrah, Qatar. It was designed by Iraqi-British architect zaha hadid together with the firm AECOM. The capacity of the stadium is 40,000, which is expected to reduce in half to 20,000 after the World Cup. 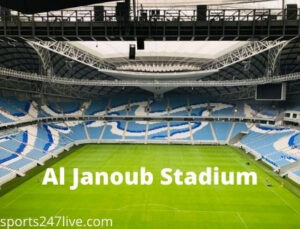 Ahmed bin Ali Stadium (ملعب أحمد بن علي‎), popularly known as the Al-Rayyan Stadium, is a multi-purpose stadium in Al Rayyan, Qatar. The former Ahmed bin Ali Stadium was demolished in 2015 to make way for the Al Rayyan Stadium. It’s seating capacity was increased to 40,740.After the World Cup the stadium will be reduced to 21,000 seats and become home to Al-Rayyan SC. 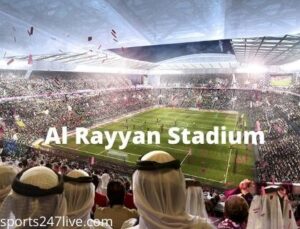 Khalifa International Stadium (ملعب خليفة الدولي‎,Istād Khalīfah) also known as National Stadium, is a multi-purpose stadium in Doha, Qatar, as part of the Doha Sports City complex. First step to increase its capacity from originally 20,000 to 40,000 seats. Now it was planned to increase the capacity of the stadium to 68,000 for FIFA World Cup 2022 Qatar. 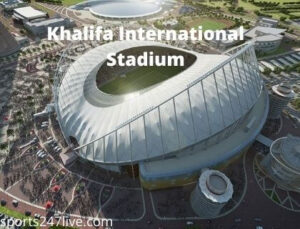 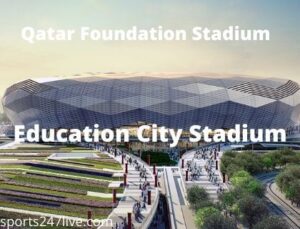 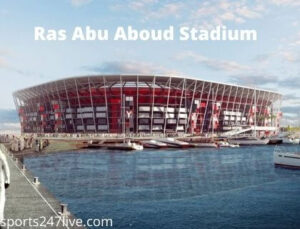 Al Thumama Stadium: Al Thumama Venue (ملعب الثمامة‎ Malʿab ath-Thumāma) is a football stadium currently under construction in Al Thumama, Qatar. It will be a venue of the 2022 FIFA World Cup in Qatar. The stadium has a capacity 40,000 seats. 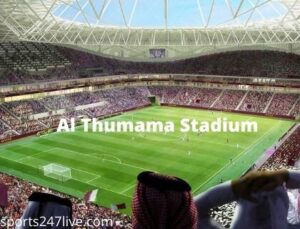 Where can I find more info on the 2022 World Cup Qatar?

Sports247live.com will have all the latest breaking news you need to know about World Cup Qatar as it develops.